A Shamanic View of Celebrity Suicides 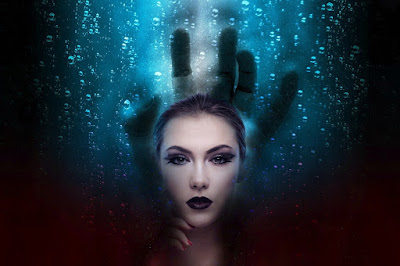 Listening to Laura Whitmore's tribute to Caroline Flack (R.I.P) on the BBC morning news, I heard Laura say, 'Like so many entertainers, Caroline had her demons.' This really helped something click deep within me.

As a public person and Tarot reader, I'm also an 'entertainer' - I'm not a celebrity, of course, but I'm 'Tarot Famous' in certain circles by virtue of having run a couple of the most successful Tarot blogs online. I also know what it is like to be dependent on and slightly addicted to people's approval of my work. (Something I determined to move away from when I started this blog!)

Why do so many famous people - people who seem to have it all - take their own lives? The invisible reality under the surface is messy... and I'm not mainly talking about the psychological make-up of the individual here. I'm referring to the energy exchange between the entertainer and their audience.

It is in this energy exchange that we can speak of spirits or 'demons' and it is very often the entertainers who actively seek to help people feel better (Robin Williams springs to mind) who are the most susceptible to uninvited spirits attaching themselves.

Okay, so I realise this may sound far out there but this is energetic, extra-sensory reality, people. Since I more consciously re-membered this reality (much thanks to Spirit Hacking by Shaman Durek), I have been able to keep my energetic integrity much higher. When I was a child, I was  aware of the reality of spirits since I could see them... but like most of us, I had my filter installed (though unlike most, I never forget what I saw).

The problem is that having the filter installed doesn't make the spirits go away, it just makes us blind to them. Sadly, this can be like having a house full of cockroaches and not being able to see them, which obviously makes us not realise the need to get pest control in.

The spirits can attach themselves whenever there is an energetic resonance. In the case of spirits attaching themselves to entertainers, it's often a resonance in the 'need to be needed' field but it can also be a resonance with other forms of addiction.

For instance, entertainers often feel the need to numb themselves, especially if they are sensitive, which many of them are. It is often their sensitivity and vulnerability which makes them so attractive to the audience in the first instance. To numb themselves from the massive energy tsunamis that come their way in the form of both adoration and scorn (you can never have one without the other), many turn to mind-altering substances.

Unfortunately, these substances open the energetic portals even wider for many different types of spirits to attach themselves to the aura of the entertainer, which is why the circle of abuse is perpetuated and why it can be so difficult to quit.

Then there is the matter of addiction to the love, adoration and approval of the audience. This is perhaps the strongest form of addiction but one not often talked about. It mainly has its roots in a strong need to make up for childhood abuse and abandonment in various forms. This is where the psychological make-up of the individual has the biggest impact and determines the interaction between the entertainer and her/his audience from the shadows of the psyche.

For myself, blogging has helped me fill the hole in my soul this way. Blogging often brings near instant feedback and it explains many of the nearly 3,000 blog posts I have written since I started blogging in 2006. On the flip side, this is also why I have struggled for so long to sit down and write the damn book. Alone with the spirit voices, I was filled with doubt. Since becoming more aware, I have been able to clear much of this.

To protect myself from negative outside input (my own negativity is plenty, thank you very much!), I work on grounding myself at the start of each day. Self-knowledge is our only salvation because it is only when we truly know ourselves that we can discern our own voice from the spirit voices. We also have to be willing to sacrifice all addictions if we wish to move forward with dignity and integrity, free from the harm of the spirits that feed on our fear and despair.

Here's the killer, guys - You constantly either feed those dark spirits or the Light... and it's your choice but you are only free to choose when you re-member who you are and what the reality looks like beneath surface appearances.

Be kind because Earth is a battle field and every single one of us is at war. Being in denial does not equal peace.