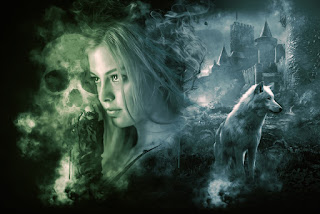 The Suppression of the Witch

Rome has always burned Wise Women who practised the Craft. This begun long before the Church's witch burning era. This video by Arith Härger shows how European cultures were forced to move away from matriarchal traditions where magic was a natural part of religion, due to the invasion of the Indo-Europans who worshipped male sky gods. It also gives a good and thorough explanation of how the Pagan sky god-paradigm bled into and blended with Judeo-Christian beliefs, and how these two influences worked together to eradicate the power of women, witches and shamans everywhere.

The only remaining indiginous tribe in Northern Europe, the Sámi, has vestiges of Goddess lore handed down, though many (if not most) of the myths and traditions have been destroyed or eradicated by the Swedish church and state who worked together to 'convert' the Sámi. They especially went after the main tool of the Noaidi (Sámi shaman), the drum. The drums were gathered in and burned, as were those who refused to give up their drums.

Today, there is nothing to stop women from reclaiming their power. At least we have no imminent threat of witch burning times returning.

During the season of the Witch - between Samhain and the end of Yule (mid January) - we could all be gathering our strength in service of our local community. We could be teaching and passing on the lore of our ancestors. We could be using the shorter days to study and gain new useful skills for the year to come. We could be weaving protection and blessings around those we love.

So, why aren't we? Or if we are, why do we do it almost apologetically?

We forgot who we are and we are too easily distracted by the consumerist paradigm that is imposed on all of us.

A Yuletide Invitation to Reclaim Your Power

Today, on the longest night of the year, reclaim your feminine power and set the intent for the year ahead. Decide (or let fate decide) what your power rune for the year ahead is going to be. I was given Kenaz in a 'random' (no such thing lol) draw and this was the intent I had already set for myself, so I feel blessed with confirmation from the gods.

Don't blink. And by that, I mean 'Do not, for the love of all that is holy, allow yourself to get distracted.' Establish a daily routine of meditation, study and creation of magic. You are the magic that you seek but you have to express it. As your magic benefits those around you, your power waxes.

Your Wise Woman power is as sacred today as it was when the Noaidi were still drumming out their spells and the Gođi were making sacrifices to the Vanir and Aesir.

It is easier to focus the intent in the darkness. The light makes us see too much sometimes. There is comfort and healing in in knowing that roots are digging down deeper through the soil to connect with ancestral wisdom when we allow ourselves to rest, reflect and plan for the year ahead.